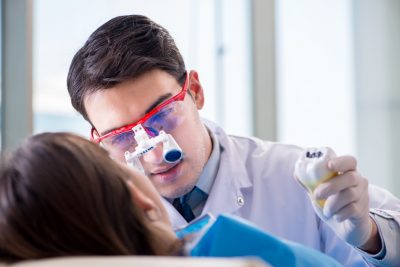 For many years now, there has been a myriad of reports and publicized findings regarding the health dangers of mercury exposure. It seems to be widely accepted that cumulative mercury exposure is toxic. This has gone to such extremes in terms of messaging and belief that a lot of people have cut out certain types of fish from their diet out of fear of heightened mercury exposure.

Granted, this has led to valid concerns about filings that are referred to as amalgam fillings. But, has it been conclusively shown that they are a health hazard?  This leaves many people wondering they need to have them removed and replaced.

The basic facts about mercury and mercury fillings

Elemental mercury is what is used in dental amalgam. This is when a dentist mixes a powder of tin, copper, silver or other metals with the liquid form. This creates a flexible paste that hardens in your teeth, so it covers up a cavity. Basically, a compound is formed when the amalgam hardens.

Silver fillings, technically called dental amalgam restorations, are composed of about 50% mercury. Over a period of extended time, minuscule amounts of mercury vapors are emitted. The level is so low they are not considered hazardous. Keep in mind, it is accepted in some circles that brushing and cleaning your teeth – and even chewing – can release the vapors at a more accelerated rate. But there is no conclusive study results or official reports that prove mercury amalgam has a negative effect on a person’s oral and overall health.

Silver fillings, i.e., silver amalgam fillings can be removed as long as it is done safely in strict accordance with established protocol.

Safe removal of silver fillings involves using masks, high-volume suction, and water irrigation so the amalgam can be properly removed from the oral cavity efficiently upon removal.  It also includes other protective measures such as protective gloves, gowns, and covers for use by the patient, the dentist, and all dental personnel assisting in the process.  HPS Dental is proud to offer the removal of mercury fillings and would love to answer any questions you may have regarding the process.

If you want to know more about the SMART Mercury Removal process,  contact HPS Dental today.  We are located in Shelby Twp, MI and can be reached at  (248) 652-0024.  We look forward to meeting you!