The Importance of Having Healthy Gums

The Importance of Having Healthy Gums 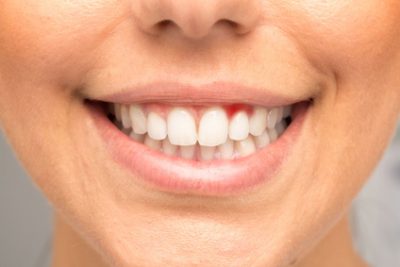 More than likely, the thought of your gums is not something that is on your mind often. Most people are under the assumption that they have healthy gums, and rarely (if ever) think of it as a pressing problem. However, you may be surprised to learn that the health of your gums can have an impact on your overall health.

Your gums consist of skin that is soft that is made to cover and protect the bones of your teeth. This skin is tight and acts as a seal that can support and protect your teeth from bacteria. A few ways to ensure your gums are healthy consist of flossing daily to remove any left behind food and brushing your teeth after meals. Brushing and flossing will help prevent plaque from forming on your teeth.

By not removing plaque, toxins can cause irritation and inflammation of the gums. This condition is called “gingivitis.” If you do not treat gingivitis, it can progress into an infection called periodontal disease. This disease can painlessly and slowly destroy your bones of your teeth and the gums that protect them.

It is estimated that almost 75% of Americans alone, already have gum disease according to the American Hygienist Association. Anyone can experience gum disease. Although it can happen at any age, it is believed to be more common in those over 35. Gum disease can also impact your overall health. Researchers have discovered that people with periodontal disease are more likely to develop respiratory infections and cardiovascular disease.

Acute Bronchitis, Pneumonia and Chronic Obstructive Pulmonary Disease (COPD) are just a few of the infections that medical professionals believe can come from having periodontal disease. These infections occur when bacteria in your throat are inhaled and travel to the respiratory tract. These diseases can be extremely debilitating and may potentially cause death if untreated.

On average, there are 2400 deaths per day in Americans, caused by cardiovascular disease. The arteries become built up with fat proteins. When you have oral bacteria that enters the bloodstream, it attaches to the fat build-up and adds to the clot formation, which blocks the regular blood flow to the heart.

I Want More Information About Your Dental Office in Shelby Township, MI!

As you can see, taking good care of your gums is crucial to not only your dental health but your overall health as well. By practicing good oral habits, such as brushing your teeth and flossing, are great ways to take care of your gums daily. Also, don’t forget to schedule regular cleanings and dental exams with our friendly staff here at HPS Dental!