Are Amalgam Fillings Bad for Human Health? Should You Get Them Removed?

Home/Holistic Dentistry/Are Amalgam Fillings Bad for Human Health? Should You Get Them Removed?
Previous Next

Are Amalgam Fillings Bad for Human Health? Should You Get Them Removed? 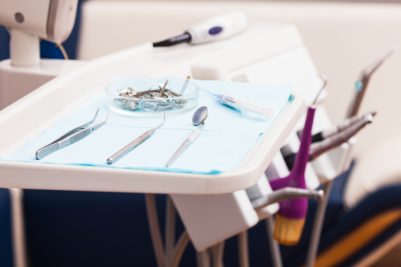 Over the years, many findings and reports have revealed that mercury exposure is bad for health. In fact, the notion that mercury is toxic to human health has picked up so much that many people have quit having many different types of fish completely to avoid mercury exposure. It’s good too because certain kinds of fish contain mercury which is highly toxic to human health.

One of the dental procedures that use mercury is known as amalgam filling and given the negative publicity that surrounds mercury, it is only expected that most people think this procedure is dangerous to their health. Therefore, more often than not, dentists see a lot of people who come to get their amalgam filling removed. The question is: is amalgam fillings really bad? Can they put people’s lives at risk? In this article, we answer these questions.

Here’s How Mercury and Mercury Fillings Are Two Different Things

Here’s the first thing you need to know about mercury and mercury fillings. Not all kinds of mercury are toxic or harmful to human health. Methylmercury, which is formed when organic molecules come together and meet mercury, is considered to be the most toxic form of mercury. Methylmercury forms deposits within the body’s tissues and from there, it causes damage to the body’s various organ systems. This type of mercury is commonly found in fish, such as salmon and tuna. It is, thus, that many people do not eat these fish.

Dental amalgams or amalgam fillings use elemental mercury. These amalgams are formed by mixing copper, silver, tin, and several other metals in the liquid form of mercury. This paste is then pushed into the cavity, where it hardens and fills up the cavity.

Silver fillings are the fillings that contain mercury in the highest amount — these fillings contain almost 50% mercury. In the case of silver fillings, evaporation of small amounts of mercury does happen. However, this evaporation and the amount of mercury that evaporates in the form of vapor is so low that it cannot be disadvantageous to one’s health. So far, no study or research has proved that the mercury evaporating from silver fillings can be harmful to a person’s health.

Here’s What You Need to Know About Removing Silver Fillings

Removing silver fillings is a simple procedure and any dentist can complete this process. However, since silver fillings contain a high amount of mercury, one must be extra cautious while getting them removed. Always go to a recognized and experienced dentist who knows his craft well and therefore can be completely trusted.

2022-03-21T19:31:16-04:00By Shelby Township Dentist|Holistic Dentistry|Comments Off on Are Amalgam Fillings Bad for Human Health? Should You Get Them Removed?